How loud will this speaker be?

Contrary to popular belief, wattage doesn't determine overall loudness. The speaker's efficiency is the real key. If you review the product descriptions of speakers, they list a spec called sensitivity (a measurement of the speaker's efficiency). Typically this is measured at 1W/1M, meaning the loudness is measured 1 meter away while the speaker is powered by 1 watt. Guitar speakers are generally very efficient, and often measure around 100dB at 1W/1M. PA speakers generally measure a little lower, and high end Hi-Fi speakers are often much lower.  It's also worth noting that larger speakers are generally more efficient than smaller speakers. 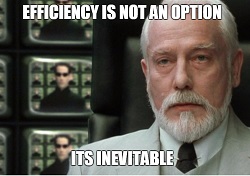 For a specific example, if your speaker's sensitivity is 100dB and your amp is 32W at max volume, then you will get 115dB of loudness when your amp is cranked to the max. This means you can have low wattage speakers that are louder than high wattage speakers, and vice versa.  Let's say you were using that 32W amplifier and you were deciding between two speakers, volume being your primary concern. One speaker is 200W with 100dB of sensitivity, and the other is 50W with 97dB of sensitivity. Which one will be louder?  Conventional wisdom among guitarists would be to choose the 50W speaker over the 200W speaker because 200W is "too much for the amp, so it won't be loud enough." But that actually isn't the case.

If you compared the two speakers side by side with that amp, the 200W speaker would be much louder than the other one.  Remember, the speaker's power handling is only useful for determining (vaguely) how much power it can take before you risk damage/destruction. The sensitivity is measured at 1W, regardless of the power handling. Loudness increases as amplifier power increases. That 50W speaker will be 112dB with 32W of amplifier power (97dB+15dB). The 200W speaker would be 115dB (100dB+15dB). 3dB is a big enough difference. Just boost or drop the volume on any of your recorded tracks by 3dB and you'll hear it right away.

So where does speaker power handling come into play in regards to loudness?

What about combining speakers with different sensitivity?

First, follow the rules set out in our previous article regarding mixing different speakers within the same cab. From there it is always best to try to match speakers within 1dB of sensitivity. Any more and you'll hear a pretty obvious difference in volume between the speakers. It won't be harmful, but you might not like the effect it has on your sound. 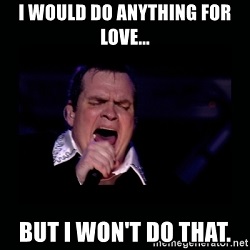 How does tone effect volume?

The truth is, there is a difference between measured acoustic power and perceived volume. The human ear does not perceive all frequencies at the same intensity. There is also a good amount of variation in how different people perceive the same sound (partially due to hearing loss from cranking up amps our whole lives.) If speaker A has the same sensitivity as speaker B but speaker A has a naturally "scooped" sound, it will appear to be much quieter to the ear than speaker B even though they objectively measure to be the same volume. That's because we are more sensitive to mid-range than other frequencies.

The question actually works both ways. Our perception of tone can also shift depending on the volume. A very mid-heavy sound at lower volume might start to sound more bass/treble heavy as the volume increases. That isn't due to any objective/measurable change in the tone, it's actually due to how our ears perceive different frequencies at different volumes.  If you're into the technical stuff, do a quick search for "The Robinson Dadson Curve" (AKA: "Fletcher Munson Curve").  It is actually pretty important stuff if you're involved in mixing/mastering.  It's also why you should mix at lower volumes!  (alternate, more technical reading here) 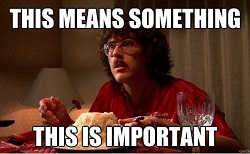 Ideally, every brand would have the same testing procedures for measuring speaker specs. Sadly, that isn't the case. Yes, they all measure sensitivity and frequency response at 1W/1M. But they use different equipment, in a room with different acoustic treatment, in a building with different floors/walls, etc.

What I'm getting at is that you can typically compare speakers from the same brand with each other and get a good sense of how they'd compare with one another. But, comparing by specs gets a lot less accurate when comparing between brands.  Maybe someday we'll have our own testing station and we can provide our own measurements to compare speakers accurately between brands. Wouldn't that be something! 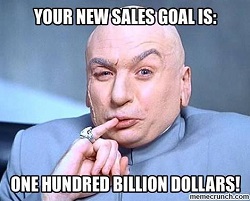 Rule #1 - Don't use wattage to determine the loudness of a speaker.
Rule #2 - When mixing speakers with different sensitivity, try to keep them within 1dB of sensitivity.
Rule #3 - Know the limitations when going by speaker specs alone.  You may be betrayed by branding and/or your own physiology.

I think it is... At least, that's it for this mini-series. If you have any questions, comments, or suggestions for another info-series we'd love to hear from you. 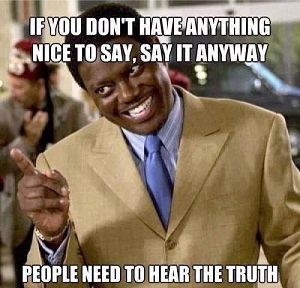