I'm building a 2x12 cab for a buddy of mine who requested a special wiring setup (no, I don't build custom cabs for customers, so please don't ask.)

Apparently he has blown amplifiers in the past by having them plugged into the wrong mono/stereo jack or by putting the mono/stereo switch in the wrong position, causing an impedance mismatch between the amp and cab.  He wanted a "dummy proof" (his words) jack plate that has both mono and stereo options.

This is what I came up with: 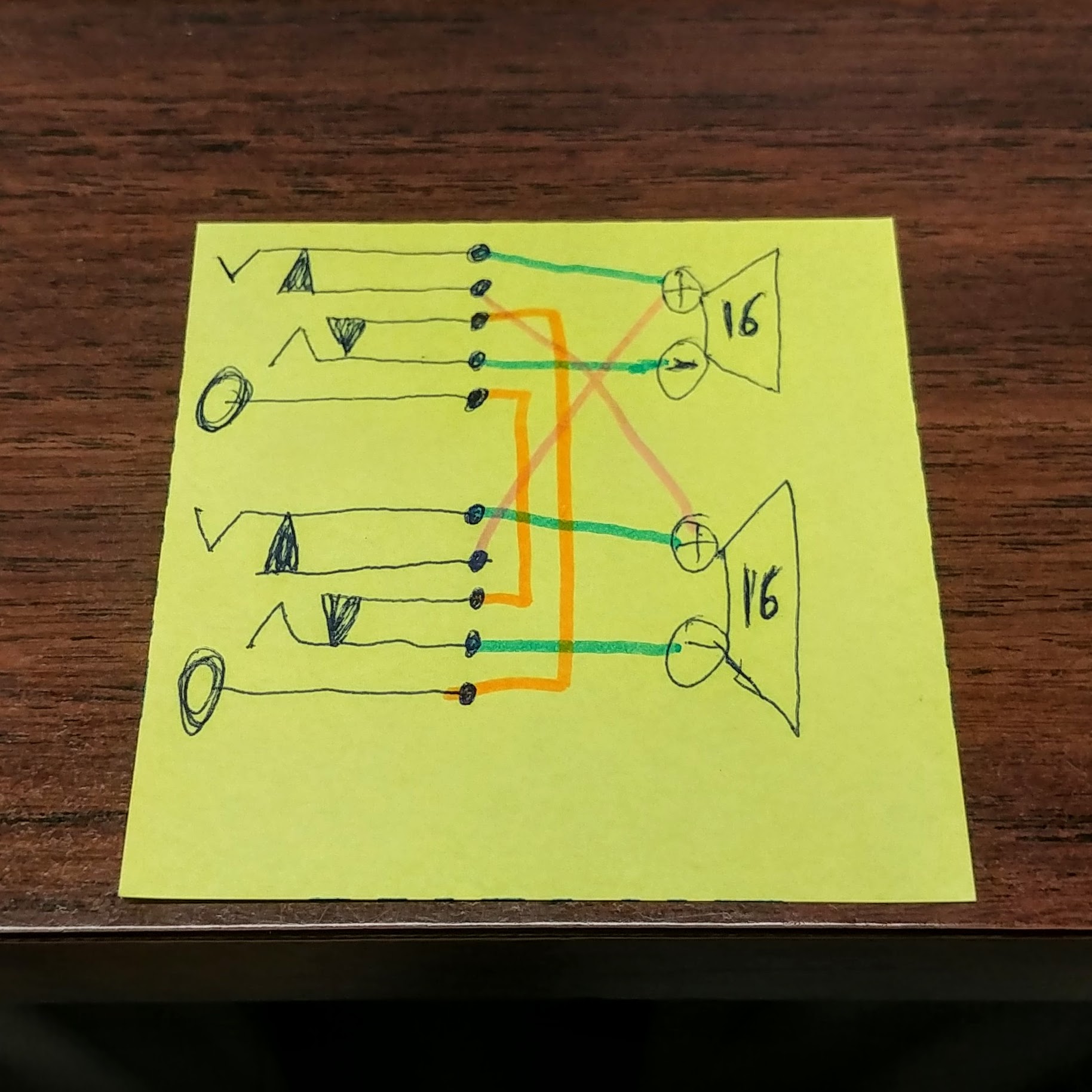 The concept is simple, use one jack when you want mono (doesn't matter which one) or use both jacks simultaneously when you want stereo.  It gives you the following connection options:

Here is a list of the parts you'll need:
2x - Switchcraft #14B - 1/4" Stereo Jack (with tip and ring shunts)
- Or the 6-lug Cliff-style jacks (click here for a drawing converted for the Cliff-style jacks)
2x - 16-ohm Speakers (or 4x 8-ohm speakers, if doing a 4xX cab)
1x - Jack Plate - Dual 1/4" Square Black Metal
+ your preferred choice of wire (and crimps, if you prefer crimps over soldering)

The fully wired jack plate will cost you less than $25 in parts (less than $10 if you use the cheap plastic cliff-style jacks.)  That's half (or less) of what it would cost you to buy a pre-made mono/stereo jack plate, so that's always good.  Try it on your next cab project.